Chaff, Meat, Glue, and a Chef.

Chaff is a jolly good word. It comes from the Old Germanic (probably) meaning ‘to gnaw’, but has come to mean the relatively useless outer covering of wheat or corn.

Most of our early forays into friendship making is full of chaff. Full of people who, in our personal grand scheme, are simply chaff. Relatively useless. If we held the friendships of our youth, and even our early adulthood, up into the wind, most would blow away, like much chaff.

The important thing to remember about chaff, though, is that chaff is good dietary fibre. You have to have chaff in your friendship diet to help pass everything through properly. I do think we forget, in our scramble to make ‘deep and meaningful connections’ that the ‘light and fancy free connections’ can be fulfilling in a different way. A relationship with no strings, that comes out of the blue occasionally, can be a relief from too much red meat. A cherry on a cake…or a good dose of lactulose…

Then, there is the glue. Which isn’t really fitting with the analogy here but I don’t care. Glue friends are those ones that stick to you, and with you, to the end. They might have started as meaty friend, but could just as easily have been chaff friends. However they came to be a part of your friendship digestive system, they are the friends that you can call, twenty years from now, and the conversation starts where you left off. These friends like you for the relationship that they had with you, whatever grade of food that was, and they will take another helping however it comes.

Finally, there’s the chef. In most friendship groups, there’s one who brings all the foodstuffs together. Sometimes, they are a home cook, making plain fare, hearty, not outstanding, but nourishing nonetheless. Sometimes, they are cordon bleu quality, where everything tastes out of this world but can leave you feeling a little empty at the end. And then there are the Michelin star rated friendchefs, who coordinate such an amazing smorgasbord of relationships that you just want to bow down in gastronomic appreciation of their friendship talents.

I have got to the point in my life where my chaff friends are as nutritious as my meat friends, almost all of them I would consider glue friends, and I am lucky enough to have a Michelin star rated friendchef in my life too. As someone who embarked on her friendship meal with anxiety and not a little trepidation, I am so happy to be enjoying a full flavoured, richly spiced, satisfying friendmeal! 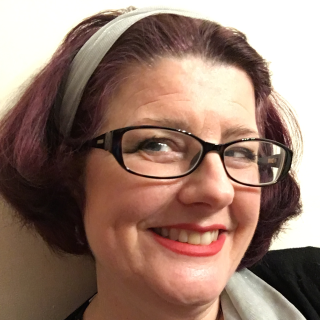 Organiser of entropic rooms. Creator of whimsical culinary masterpieces. Judiciary to and detainee of the Asylum. Parenting two teens, a tearaway, and a sparkly pterodactyl.